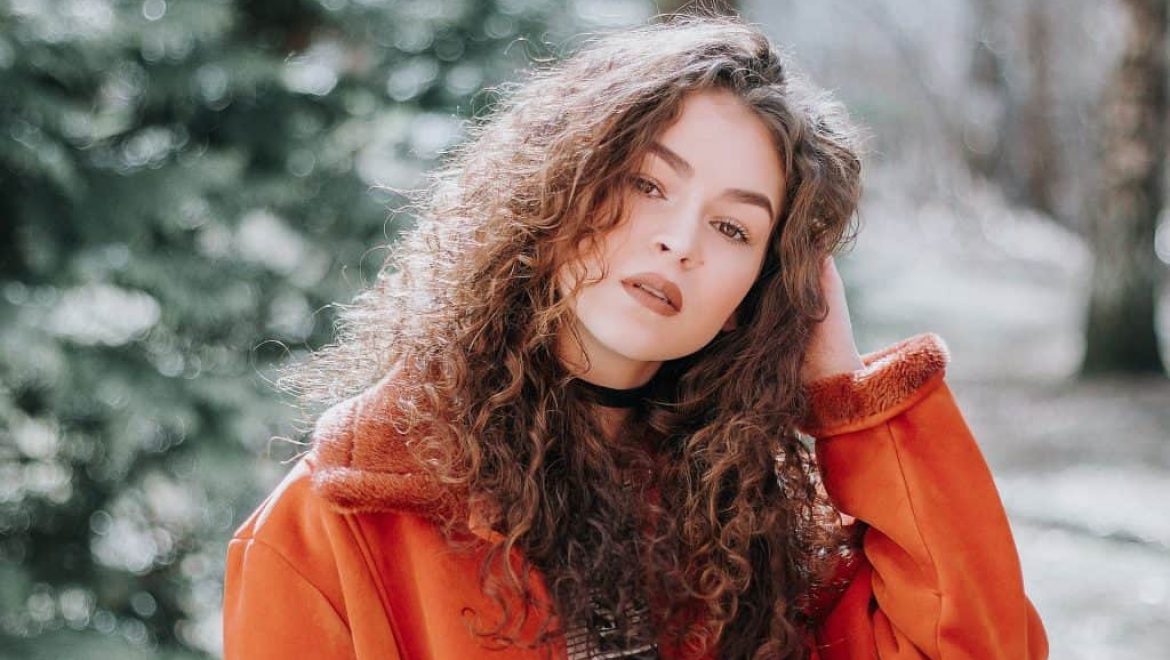 When you’re trying to get pregnant it’s normal to start spending a lot of time thinking about ovulation.

If you get pregnant very easily you might not need to track your cycle and work out exactly when you’re ovulating, but most people who are actively trying to conceive will want to pinpoint this special point in their menstrual cycle to maximize their chances of having sex at the right time.

Ovulation is part of your monthly cycle.

It’s the process of the egg being released your ovary.

If fertilized by sperm, the egg can then travel to the uterus where it implants and begins to develop into an embryo.

If the egg is not fertilized by sperm, it disintegrates and then you shed the lining of your uterus; that’s your period.

There are a number of ways to help you work out when you’re ovulating.

But there is also lots of false information floating around.

Here we look at 8 common myths about ovulation and tell you why they’re not true.

1. YOU HAVE TO HAVE SEX ON THE DAY YOU OVULATE IF YOU WANT TO GET PREGNANT

Once ovulation has occurred, the egg can only be fertilized and develop into a pregnancy if it comes into contact with sperm within 12-24 hours.

But this does not mean that you can only get pregnant on the day you ovulate.

Because sperm can survive in the vagina or Fallopian tubes for around 5 days after you have sex but that is very rare and never conclusively proven. One to two days is the usual survival period for sperm.

For this reason, the 3-4 days leading up to ovulation and the day of ovulation are considered your 5-day ‘fertile window’, and having sex any time during that period could result in pregnancy.

2. YOU ALWAYS OVULATE ON THE SAME DAY OF YOUR CYCLE

It’s a common myth that ovulation happens on the same day of your cycle every single month.

In addition, many people believe that you always ovulate on day 14 of your cycle.

This is not true.

Menstrual cycles actually vary in length, usually between 24 to 38 days.

And ovulation happens around 12-14 days before the first day of your next period, which means that if you have a shorter cycle, ovulation will occur earlier, and if you have a longer cycle it’ll happen later.

Some women have very regular cycles which last the same number of days each month, and they can always predict when the first day of their period will be.

This makes it easy to work out when ovulation is likely to be.

But other women have irregular cycles; for example, the first day of two periods might be 25 days apart one month, and then 28 days apart the next month.

A better way to predict ovulation is to assess cervical mucus with a hand-held microscope called Ovatel or by how the mucus feels. The rise in estrogen makes the mucus thinner around ovulation

3. YOU’RE LESS FERTILE IF YOU HAVE AN IRREGULAR MENSTRUAL CYCLE

Some people might tell you that having an irregular menstrual cycle means you’re less fertile, and might not be able to get pregnant.

This is usually because it’s harder to pinpoint the day of ovulation, making it trickier to figure out which days you need to have sex on in order to conceive.

But an irregular cycle doesn’t make you less fertile.

You can use an ovulation kit to help you understand your cycle from month to month, or try having sex every other day starting sometime after your period starts or ends usually days 3-18 of the cycle to ensure that you have sex at least once during your 5-day fertile window.

Nonetheless, an irregular cycle can sometimes be a symptom of medical conditions which could affect your likelihood of conceiving.

If you are concerned, or if you’ve been trying to get pregnant for some time without any luck, speak to your doctor to make sure everything’s OK.

About 80% of women don’t feel ovulation at all.

You don’t even know it’s happening.

But the other 20% may experience some discomfort in the abdomen or the back when ovulation occurs.

This is usually very mild and not painful. 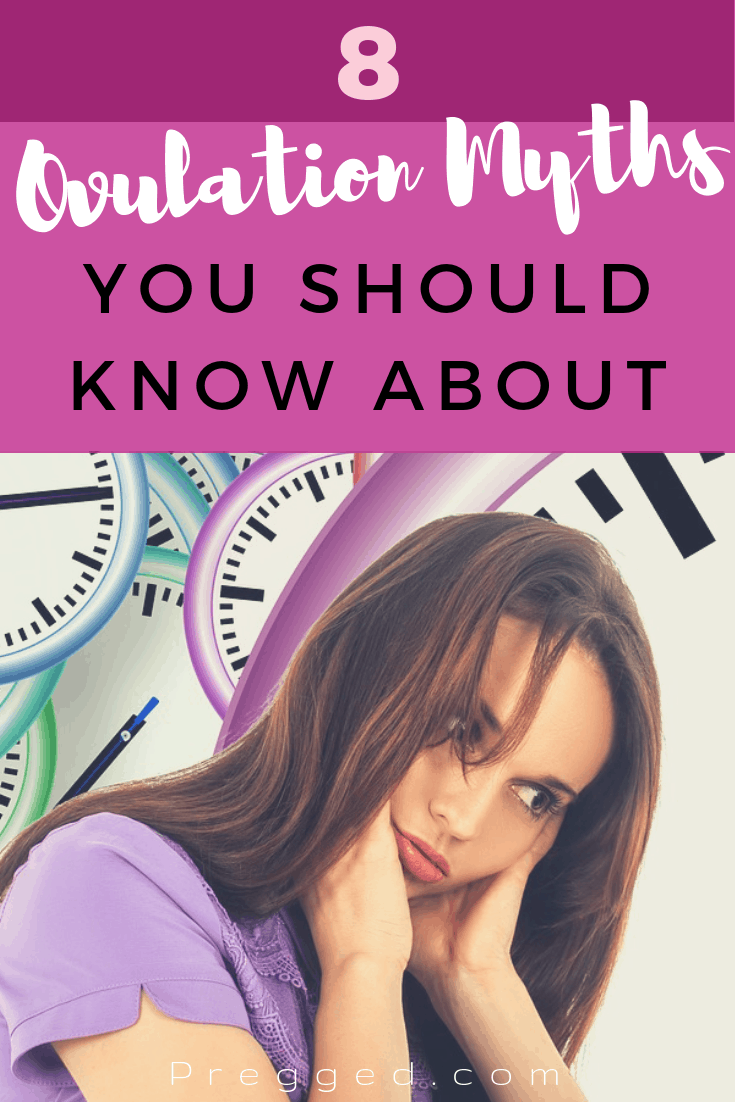 5. THERE ARE NO PHYSICAL SIGNS TO HELP YOU TELL WHEN YOU’RE OVULATING

There are actually a number of changes that might happen in your body when you’re ovulating.

Some of them are easier to notice than others.

It’s difficult to know for sure whether you’re symptoms mean ovulation is happening, because most of them could be down to other causes as well.

If you pay attention to what’s going on with your body at around ovulation time every month you will probably start to get to know the signs.

For many women, the most obvious sign that they’re ovulating is a change in discharge or cervical mucus.

On the days leading up to ovulation you might start to notice a discharge that looks and feels like egg white.

It’s clear or white and and stretchy

But don’t worry if you don’t notice any signs at all.

Not everyone has physical symptoms — and it doesn’t mean you haven’t ovulated.

6. YOU CAN’T GET PREGNANT STRAIGHT AFTER COMING OFF BIRTH CONTROL PILLS

If you’re trying to get pregnant and you’ve been taking birth control for a while, you might be disheartened when someone tells you it could take ages to conceive.

Although it can take time (especially if you’ve been on the Depo Shot), many women start ovulating normally and get pregnant within just a couple of months of stopping their birth control.

The length of time it’ll take to conceive varies from woman to woman.

Equally, if you’re not trying to get pregnant, it’s important to know that you must start using alternative contraception, like condoms, as soon as you stop taking your birth control pills.

7. IF YOU OVULATE YOU CAN DEFINITELY GET PREGNANT

Ovulating every month does not necessarily mean that you can get pregnant.

There are several different factors involved in fertility, and lots of things that have to happen in order to conceive.

For example, as a women gets older she will continue to have a menstrual cycle and ovulate each month, but it becomes less and less likely that she will be able to conceive.

This is because the quality of the egg declines and physical systems involved in conception become less effective and prevent the egg from being fertilized.

8. YOU CAN’T GET PREGNANT RIGHT AFTER YOUR PERIOD

Because of the misconception that ovulation happens on the same day each month, or always happens on day 14 of your cycle, some people assume that you can’t get pregnant during your period or in the few days after it.

The truth is that it’s unlikely to happen, but not impossible.

If you have a shorter cycle one month, you will ovulate earlier.

This could mean that your 5-day fertile window starts just after your period.

Very occasionally that 5-day window might even start on the last day or two of your period itself.

So although there is less likelihood of becoming pregnant if you have unprotected sex during or just after your period, it’s not impossible.