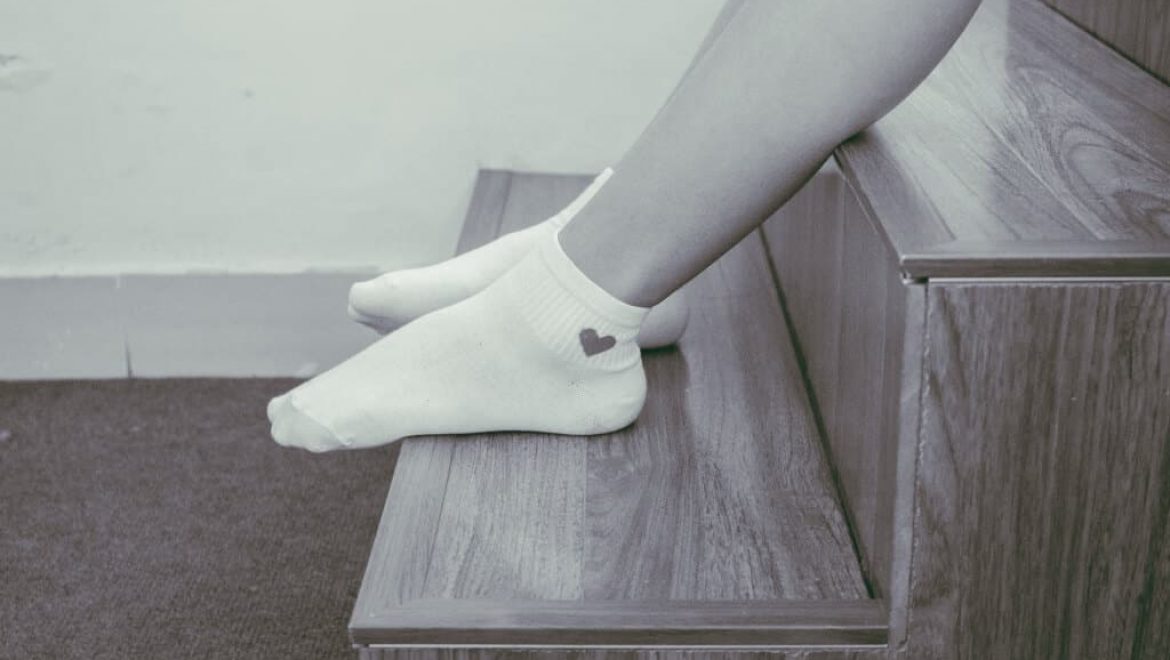 There are many unusual symptoms which can crop up during pregnancy.

Among these is restless leg syndrome, a condition which doesn’t really get the amount of press it deserves.

Restless leg syndrome (RLS), also called Willis-Ekbom Disease, is a condition which can occur outside of pregnancy too.

But according to a study by the Journal of Midwifery and Women’s Health, up to 26% of women in pregnancy experience it, much higher than the general population.

It is one of the main associated symptoms of pregnancy that not that many people talk about.

Restless leg syndrome may lead to sleep disturbance, which in turn has been linked to an increase in preterm birth.

So there is really a need to spread awareness about this condition.

What is Restless Leg Syndrome?

As the name implies, restless leg syndrome is the uncontrollable urge to move your legs.

It comes as a tingling, a strange feeling, a throbbing, or simply a psychological urge that just won’t go away until you’ve done it.

The condition can occur at any time of the day, but it mostly happens at night, when you’re trying to sleep.

For that reason, restless leg syndrome is one of the main causes of disrupted sleep.

We’ve said that the condition isn’t dangerous, and that’s true.

But if it stops you from getting the amount of rest and sleep you need, it can become a problem.

While anyone can develop restless leg syndrome, there is still no single reason why so many pregnant women seem to develop the condition.

It is thought that it could be down to a few different reasons.

These include a mineral deficiency, a dopamine imbalance within the body, or simply down to hormonal changes and fluctuations which occur due to pregnancy.

You would think in that case that the condition would be worse in early pregnancy, when those hormonal changes are much more prominent.

But that’s not necessarily the case – restless leg syndrome can occur at any time during pregnancy, from the first to the third trimester.

We mentioned it as a strange urge, one that you can’t ignore.

But perhaps that is too vague an explanation.

In order to know whether you have the condition, you need to have it evaluated by a doctor.

Because doctors will need to know your description of your symptoms, so you need to recognize them.

That way you can provide a more accurate description to help the physician with the diagnosis.

Since each person’s body is unlike the other, the sensation may be different in some ways for everyone.

Restless leg syndrome usually becomes worse when you have been inactive for a time.

So the symptoms may be triggered when you have been in the car, have sat watching a movie at the cinema, or have lain in bed in the same position for a while. 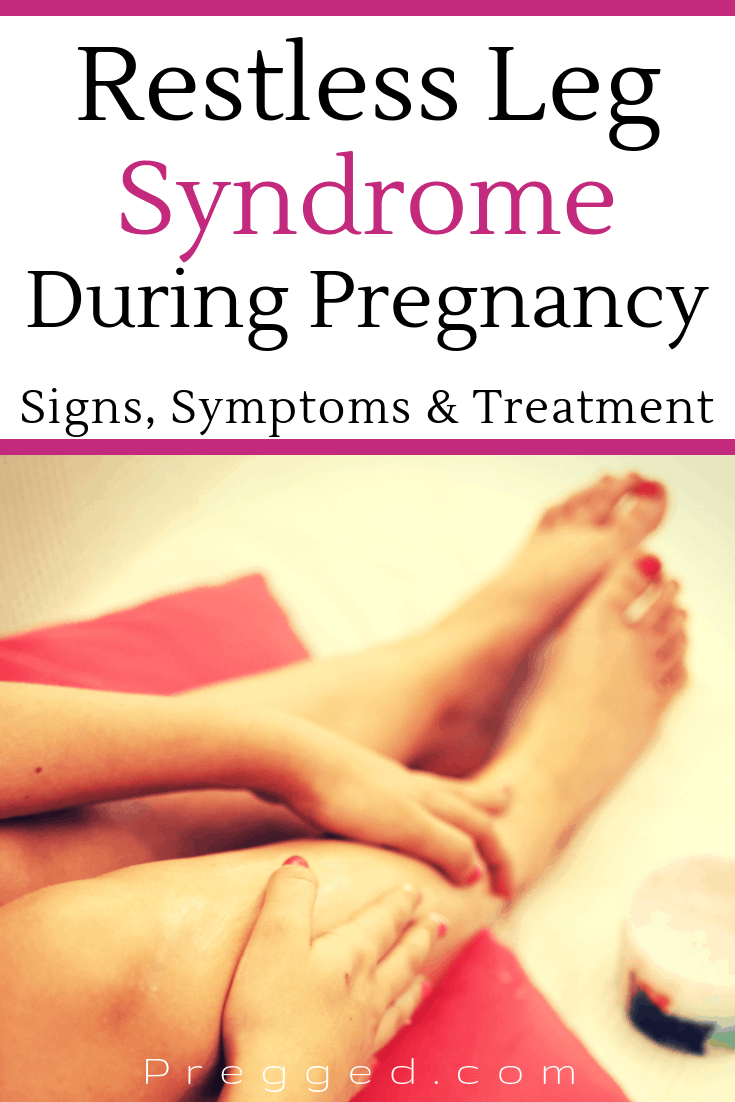 How Can You Treat Restless Leg Syndrome?

The chances are that if you have never experienced it before, it will go away as soon as you deliver.

It is one of those weird pregnancy things that we seem to be prone to.

Other than that, you do need to know how to cope with the condition during the time you have it.

If the condition is severe, talk to your doctor or midwife.

They will be able to offer you advice on positions to alleviate it, and perhaps even magnesium supplementation, if that is suitable for you.

We talk about these treatment possibilities next.

Obviously, if you’re into the late stages of your third trimester, finding a comfortable sleeping pattern might be somewhat of a challenge anyway, but sleeping on your left-hand side is a good choice.

This boosts circulation, and doesn’t put any extra pressure on your back or nerves.

If you find that you tend to move around a lot during sleep, e.g. rolling onto your back and then onto the other side, try propping up a pillow under your back, or try a pregnancy pillow.

It can give you extra support and keep you in a comfortable space for your night’s shut-eye.

You could also try putting a pillow between your knees, to keep pressure off your back.

You might wonder how that helps with restless leg syndrome, but circulation is thought to be key.

Having a pillow between your knees helps with circulation, and should therefore at least minimize the symptoms while you’re trying to get some sleep.

A Case For Magnesium Supplementation?

For some people there is a link between magnesium deficiency and restless leg syndrome.

So, it makes sense that putting some magnesium back would help with the symptoms, right?

When the body is lacking in magnesium, it becomes prone to muscle problems, such as random contractions and cramps.

It is thought that a magnesium supplement helps the muscles to relax for longer.

Before deciding whether this is a good route for you, again, talk to your doctor.

They will be able to give you personalized advice on your particular case.

Remember, we’re all different, and one size doesn’t fit all.

If you’ve been suffering from the symptoms we’ve just talked about and had no idea what to call the condition, you now have a name for it.

The next step is to find ways to deal with it until your baby is born.