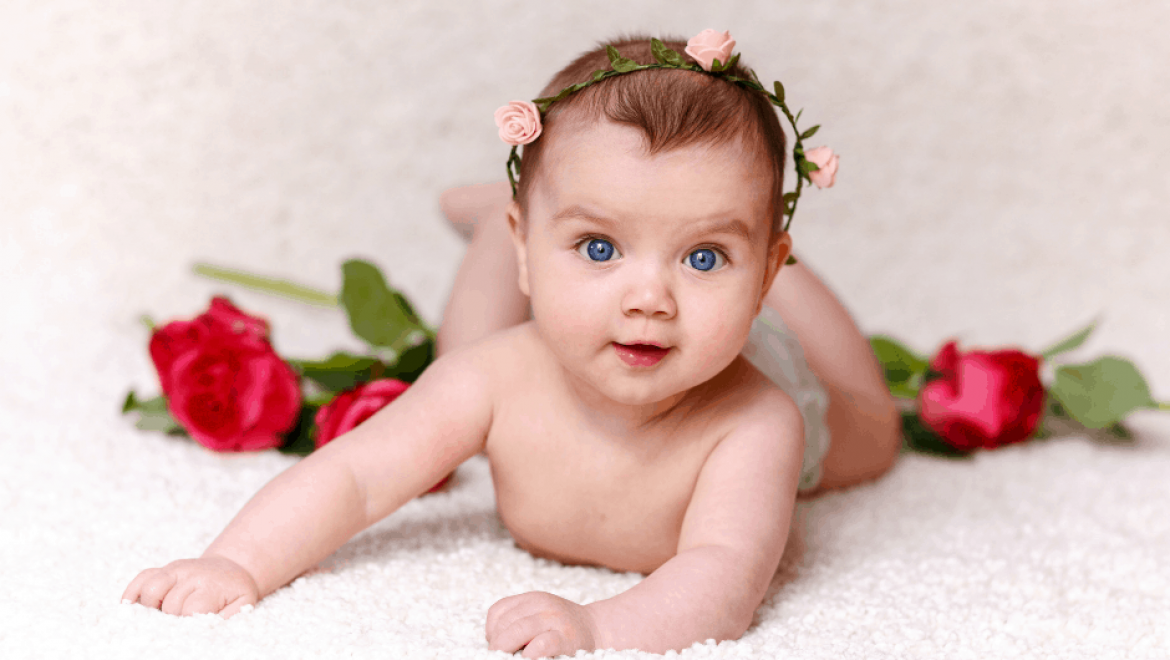 Choosing the name of your new baby girl is somewhat of a challenging task. This is a name she will have for life, so you need it to reflect her background, the values you hold dear for her.

And of course, it needs to sound good!

Try looking to the Goddesses of the world.

A Goddess name will put your daughter in good stead for the future.

And these names are invariably beautiful and inspiring, as well as conveying a healthy dose of mystery and intrigue.

If you don’t want to opt for something traditional, but some of the more modern name choices make you cringe, the legends and tales of times gone by could hold the perfect solution.

Greek mythology has long been a mysterious and fascinating subject, and choosing a name grounded in its epic and fantastical narratives is sure to make your little girl stand out from the crowd in the best possible way.

Think of Hebe, the youngest daughter of Hera and Zeus, who was seen as the personification of everlasting beauty and youth.

Or Rhea, the courageous mother of the Olympian Gods.

And of course, there’s Aphrodite; the Goddess of love and beauty who could soften even the hardest of hearts.

There was Artemis, Goddess of the natural environment, who understood and protected the order of nature.

And not forgetting Athena; the Goddess of wisdom and intelligence, who stands for justice, and even today serves to demonstrate the depth and power of women.

If you’ve been thinking about naming your daughter something to do with mythology, there are many choices on offer and some fantastic goddess names too.

Whilst many of the names sound long, most of them can be shortened to something else which sounds equally as interesting and different!

Here are 44 of the best goddess names for girls, as well as a few names linked to goddesses and mythology.

Astraea – Goddess of justice, could be shortened to ‘Rea’ or ‘Astra’

Adrasteia – A different name for the goddess Nemesis

Alcippe – Meaning ‘mighty’, she is the daughter of Ares

Anthea – Another form of ‘Hera’ and means ‘flower’. This is a quite traditional sounding name so a good source of middle ground

Andromeda – The daughter of Cassiopeia, and means ‘advising like a man’, and could be shortened to ‘Andrea’

Briseis – The daughter of Briseus and the maiden who Achilles captured

Clio – Daughter of Mnemosyne and Zeus, and a relatively modern-sounding name despite the mythological meaning

Calliope – The muse of epic poetry in Greek mythology. Can be shortened to ‘Callie’ or ‘Hope’

Cassandra – The daughter of the queen and king of Troy. Can also be shortened to ‘Cassie’, ‘Sandy’, or even ‘Sandra’

Dike – Meaning ‘justice’, she was the goddess of justice

Daphne – Daughter of the river God in Greek mythology. Another traditional-sounding name, and one of the easier goddess names to choose for your baby girl

Danae – The princess of Argos and the mother of Perseus. Can be shortened to ‘Dan’ or ‘Danny’ also

Erato – Meaning ‘lovely’, she was one of the nine Muses of poetry. Can be shortened to ‘Era’

Euphrosyne – Another of the Graces, and means ‘mirth and merriment’

Evadne – Wife of Capaneus, who was actually killed by a bolt of lightening. Can be shortened to ‘Eva’ to make it a little more traditional-sounding

Helen – Not only the most beautiful woman in the whole world (allegedly), but also the daughter of Zeus and Leda. Another easy to use goddess-linked name

Harmonia – Daughter of Ares and Aphrodite, meaning ‘harmony’, and can be shortened to the same

Hebe – Daughter of Hera and Zeus, and the goddess of youth

Hera – Zeus’ wife, goddess of marriage, and queen of heaven

Hestia – Goddess of domestic activity and the hearth

Hippolyta – Queen of the Amazon and daughter of Ares

Iris – Messenger of the gods and goddess of the sea and sky. An easy to use name for a girl, which has mythological and natural tones

Ianthe – Means ‘violet flower’ and was an ocean nymph in mythology

Jocasta – Mother of Oedipus. Can be shortened to ‘Jo’

Kallisto – A nymph loved by the god Zeus, who became the Great Bear constellation of stars. Can be shortened to ‘Callie’ or the O changed to an A 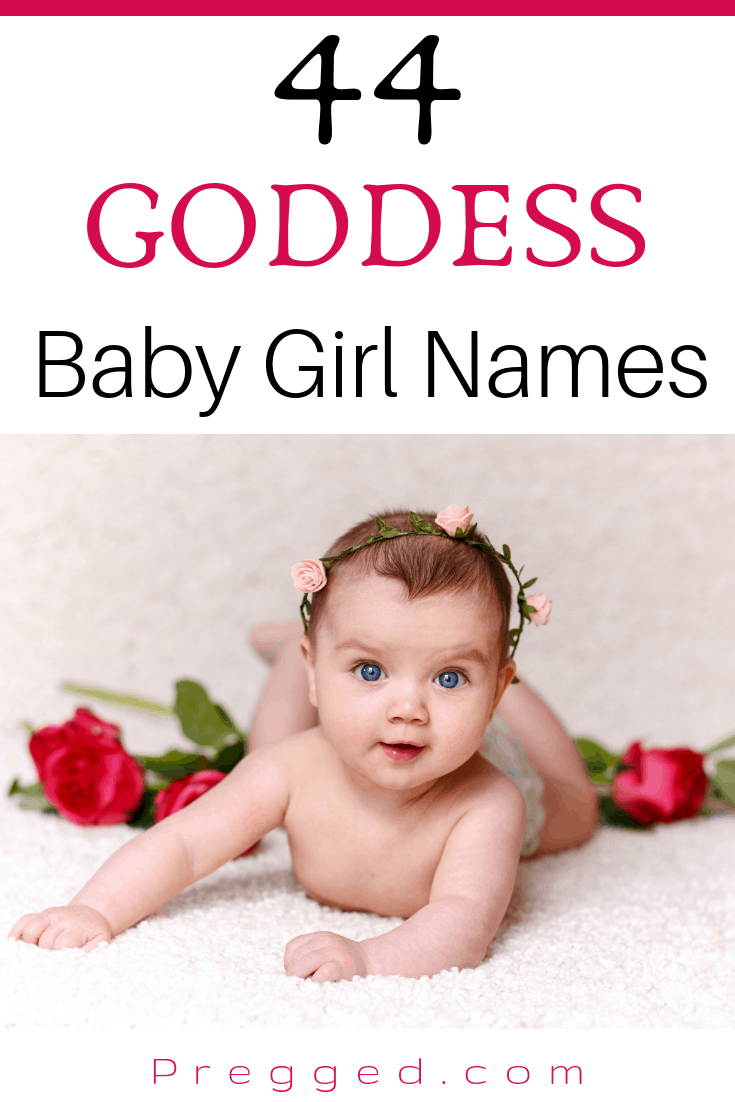 Lachesis – One of the Greek Fates, Lachesis decided how long a person could live for

Larisa – Daughter of Pelasgus. Another easy to adopt name in mythology

Melete – The Muse of meditation. The name means ‘exercise’ and ‘practice’, and can easily be shortened to ‘Mel’

Nyx – Goddess of the night, and Khaos’ daughter

Penelope – The wife of Odysseus, and represents faithfulness in marriage. Another easy to use goddess name

Phaenna – Meaning ‘shining’, she was one of the Graces in mythology

Pistis – Meaning ‘trust and faith’, Pistis was the trust personification

Phoebe – Not a goddess herself, but the daughter of Uranus and Gaia, meaning ‘brilliant’ and ‘shining’, and a popular name in modern society also

Rhea – Mother of Zeus and Greek Titan. Rhea is about fertility and motherhood, whilst also being another popular general name, albeit spelled a little differently

Selene – The Greek goddess of the moon, and a beautiful choice, which fits into society without issues

Semele – One of Zeus’ lovers in mythology

Thalia – One of the Muses and one of the Graces in mythology. Pertains to poetry and comedy. Pronounced ‘Talia’ with a silent ‘h’

Tisiphone – Meaning ‘avenge’, she was one of the Furies in mythology

Terpischore – Goddess of dance and drama

Some of these goddess and mythology-linked names are difficult to use in their full form, but most of them can be shortened to something easier to say.

For example, you might shorten Adrasteia to Adra. Aphrodite to Aphra. Evadne to Eva; or Kallisto to Kalli.

Real talk: choosing a name for your child is hard. Some people have a name lined up right from the start, but many of us find ourselves rushing to choose a fitting name for our baby at the last minute.

It’s a beautiful task to have, but a tough one when you consider that this child is the new most important thing in the world to you.

Instead of feeling daunted and becoming overwhelmed, embrace this challenge as an opportunity to discover the perfect name.

Something that makes your heart sing, and that your daughter will be proud of for the rest of her life.

Choosing a Goddess inspired name for your baby girl will give her a backstory to her name.

Imagine growing up and discovering that your name has a whole incredible, rich and complex back story.

She can delve into the depths of Greek mythology in a way that really means something to her; what a fantastic way to inspire your daughter to learn.

In a world where it’s important to stand out, a Goddess name will also set her apart from the crowd.

She will always have a story to tell. And the best stories are those that we feel a personal connection with.

She’ll certainly feel that connection when she’s describing the trials and triumphs of the Goddess who sparked your choice of name for her, and others will listen closely, captivated.

Let’s face it. Your daughter is going to be a Goddess: strong, intelligent, wise and beautiful.