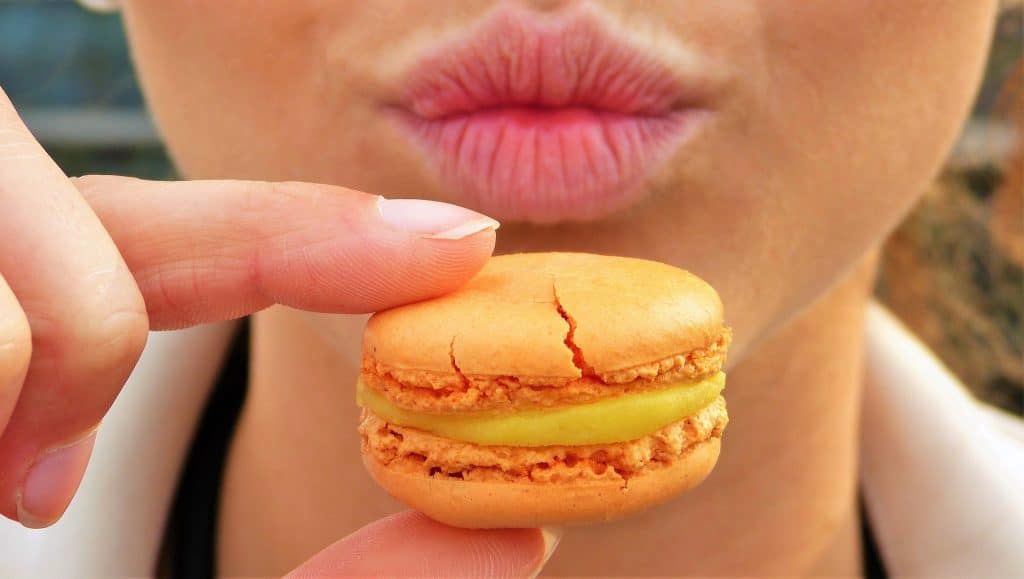 Every pregnancy is different, but for a lot of women an increased appetite is usual at some point in pregnancy. After all, your body needs more calories to grow your baby, so it’s only natural that you would have a bigger appetite.

This is especially true when the morning sickness stage is over.

Like almost everything in pregnancy, it’s probably fine to follow your body as long as there are no huge warning signs.

If you start craving very weird things, like clay, ashes or dirt there’s cause for concern. Not quite as weird, but still concerning is a craving for ice.

These strange cravings are called pica and most experts believe they indicate iron deficiency. Avoid giving into these cravings and let your doctor know about them as soon as possible.

Pica is not a serious condition in and of itself, but eating non-food items isn’t safe for you or the baby.

You might want to pay extra attention to the amount of sugar you are eating as well. Craving huge amounts of sweets might be an early indication of gestational diabetes.

You’ll likely be screened early in your second trimester for the condition regardless, but if sugar cravings are obvious before then, again let your doctor know.

If you are diagnosed with GD, you are going to have to obviously curtail the sugar binges.

Finally, there is no end to advice on what foods are good or bad for you during pregnancy. Most of this advice boils down to old wives tales, but there are some foods that are best limited, if not avoided altogether.

Huge amounts of caffeine and energy drinks are best left alone, although an occasional cup of coffee probably won’t hurt anything. Unpasteurized dairy products of any kind and raw meat, of course, are off the table.

Other than that, the best advice I ever received was from a midwife. She said “Don’t eat anything that you wouldn’t feed your two-year old.”

So basically, it’s okay to eat more than usual as long as there are no huge red flags and you aren’t eating foods that might make you ill.

If you want the extra calories, you probably need them. Be sensible about it though, or you’ll be doing quite a bit of work to shed the extra baby-weight after the baby is born.

If you are constantly “grazing” try to keep fresh vegetables and low sugar fruits within reach. Air popped popcorn (easy on the salt) is also great for continuous munching.

If constant hunger is so bad that it is a distraction, try eating less at each meal but have meals more often.

It seems completely counter-intuitive, but it will help regulate blood sugar levels.

In an otherwise healthy person, this should stabilize hunger within a few days.

Finally, make sure that you are completely hydrated. Sometimes thirst is disguised as hunger and if nothing else extra water will help stop empty tummy rumbles.

Are you pregnant and can’t stop eating? Let us know what you’re nibbling on in the comments.