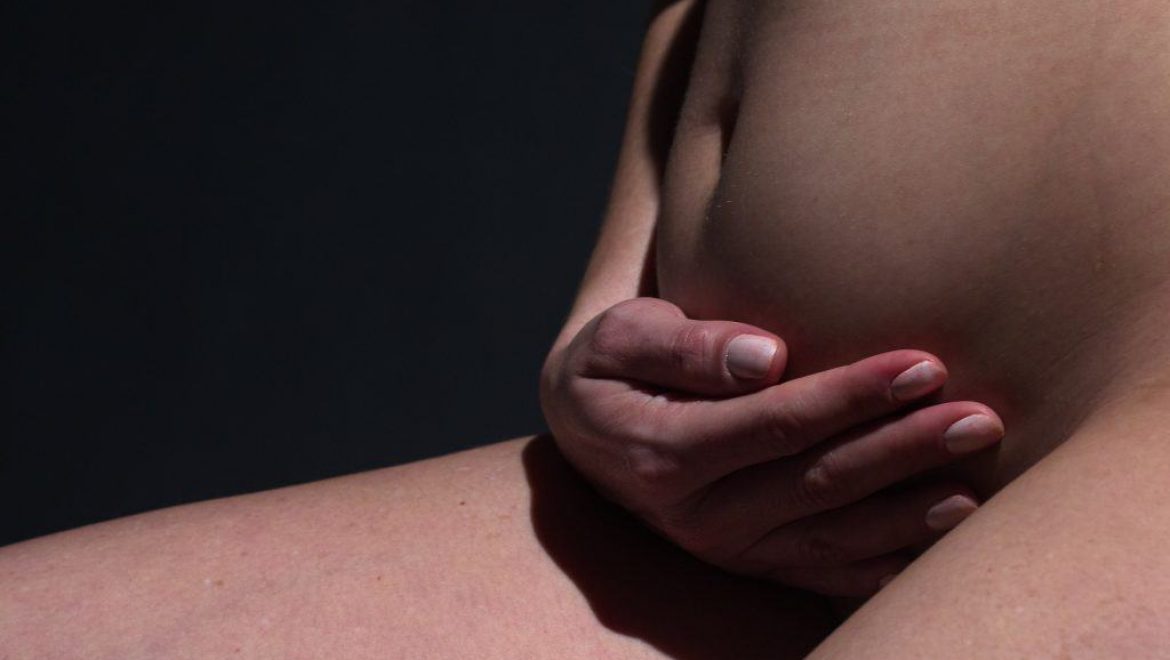 Have you heard of implantation bleeding? The chances are that you have, but you have no idea what it really is, how to tell whether you have it or not, and how long it normally lasts for.

Implantation bleeding is somewhat of an enigma because it can parade around as a different problem without you even knowing.

For instance, many women simply think they’re experiencing a lighter than normal period, while unbeknownst to them they’re actually in the very early stages of pregnancy.

Yes, implantation is the metaphorical wolf in sheep’s clothing!

In order for you to be able to accurately determine whether or not you are actually experiencing implantation bleeding, or whether it is something else altogether, you need to know more about it.

What is Implantation Bleeding? 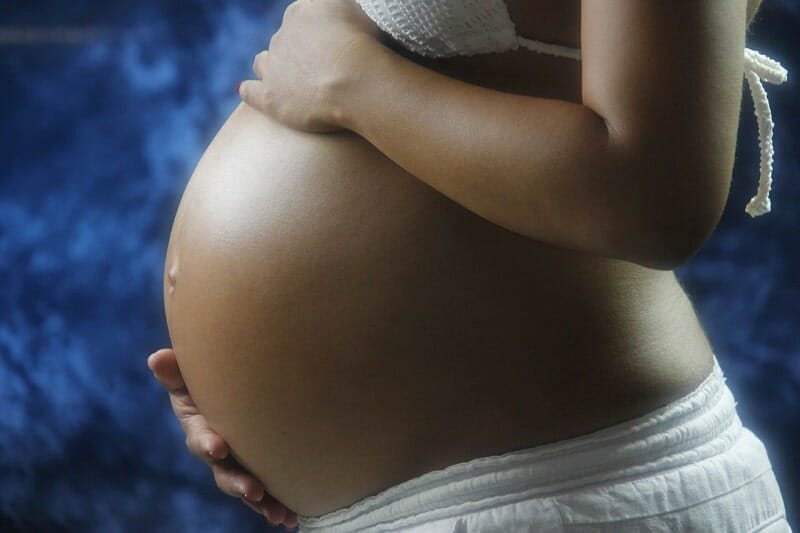 Implantation bleeding is one of the earliest signs of pregnancy. Generally, this happens around 7 to 12 days after conception.

This can happen before a missed period, or before any signs of nausea, morning sickness, or breast tenderness. Many women don’t know they are pregnant when they experience it.

Those women who do experience implantation bleeding often assume they are having a light period, as it shows as either spotting or very light bleeding, which is usually brown or pink.

It won’t be a flow as such, it will normally be spots or a tiny amount which is barely noticeable.

If we know we’re pregnant and see bleeding that isn’t expected we panic thinking there is something wrong, but implantation bleeding isn’t dangerous and is a very normal pregnancy symptom.

You might also experience very light cramping along with it.

There is nothing which needs to be done about this bleeding and it should stop on its own. If the bleeding is heavier, however, i.e. more than your usual period flow, then you should check this out with your doctor.

In addition, if the cramping is painful or ongoing, again, get this checked out.

The reason for experiencing this light spotting during early pregnancy is due to the embryo burying itself into the lining of the womb after fertilization. Small capillaries burst and release blood during this process.

It doesn’t always cause bleeding, but when it does, it is very light and not a cause for concern. Implantation does not harm your unborn baby. 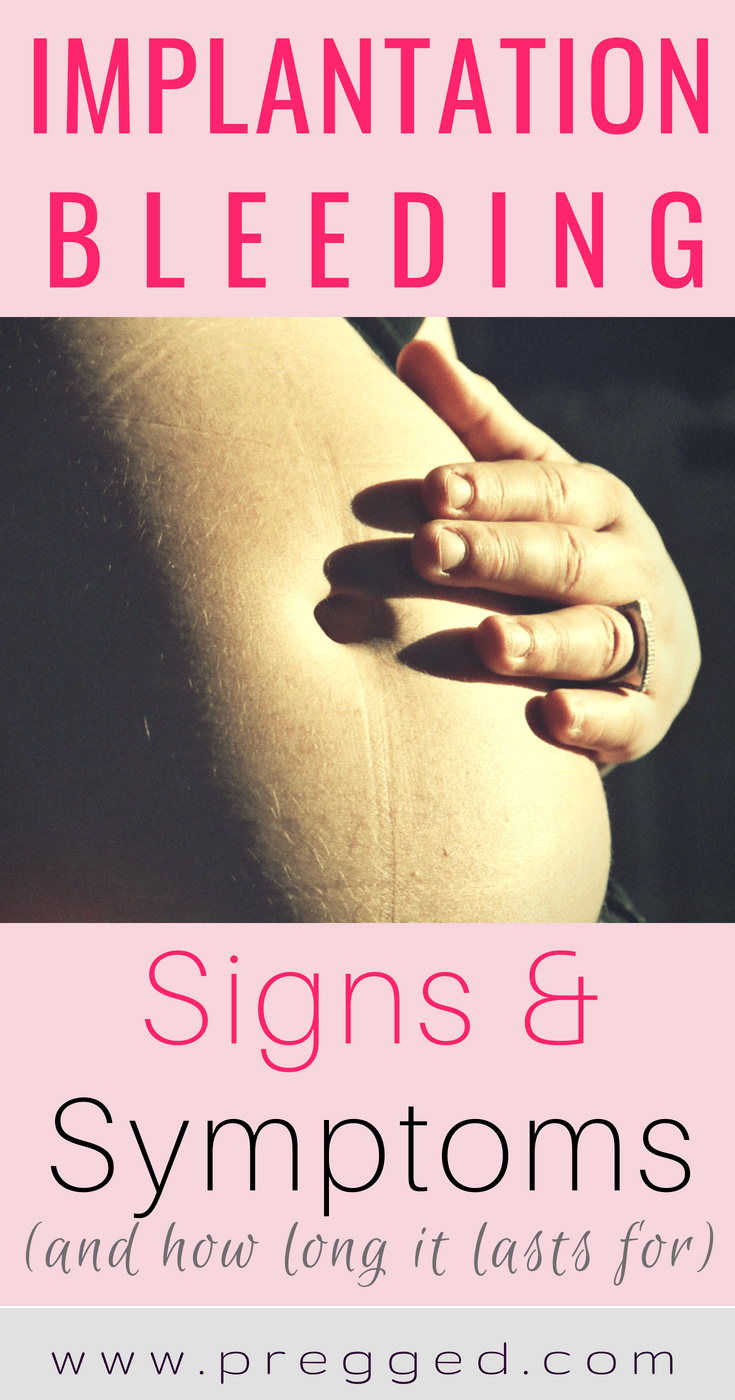 How Long Does Implantation Bleeding Last For?

Implantation bleeding should be light and only last for a day or two at most. Of course, all women are different, so if the spotting goes into the third day don’t panic.

Overall, it shouldn’t last more than a few days after conception, and it shouldn’t be anything which causes you discomfort or any major upset in your daily routine. It could be brown, light red, or pink in color.

What Are The Other Causes of Bleeding in Early Pregnancy? 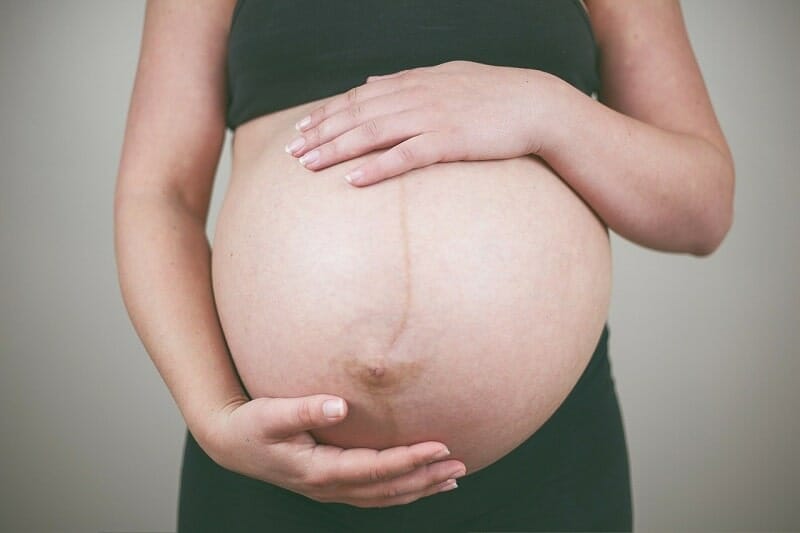 The problem with implantation bleeding is that it can be mistaken for something else. This is why we need to be educated on what is normal and what isn’t.

We have mentioned that implantation bleeding can be either be:

Anything other than this, and anything which isn’t your normal period needs to be checked out.

There are a few other causes for bleeding during pregnancy or in early pregnancy, however, these are much greater in terms of flow, and in terms of pain or cramping experienced.

Some of these causes include:

Generally, if you notice a small amount of bleeding after sex when you are pregnant, it isn’t anything to be too concerned about, but you should check with your doctor or midwife if you’re worried.

This is a situation in which you should get urgent help immediately. An ectopic pregnancy is extremely dangerous, and in some cases fatal.

This occurs when the embryo implants not on the inside of the uterus as it should, but on the outside. In the case of an ectopic pregnancy, the pain will be severe and the bleeding will be more than just noticeable.

This is the one which no woman wants to hear, but it is the number one reason for bleeding during pregnancy.

In the case of a miscarriage, the cramping will be more noticeable and the bleeding could come on suddenly, or it could continue for a short space of time.

Contact your midwife or doctor immediately if you suspect a miscarriage.

The reason that not many women know about implantation bleeding is that it happens so early on in pregnancy, usually when the woman is totally unaware that she is expecting.

The bleeding can also be so light that it can be passed off as just a blip, or a very light period.

This is what makes this type of bleeding so frustrating to pin down.

The end message to take away is that implantation bleeding isn’t serious.

Here’s a short video about Vaginal Bleeding in the First Trimester:

You don’t need to worry about it, you don’t need to get help (unless the bleeding is prolonged or a little heavier), and you should take it as a sign that your pregnancy is progressing as it should.