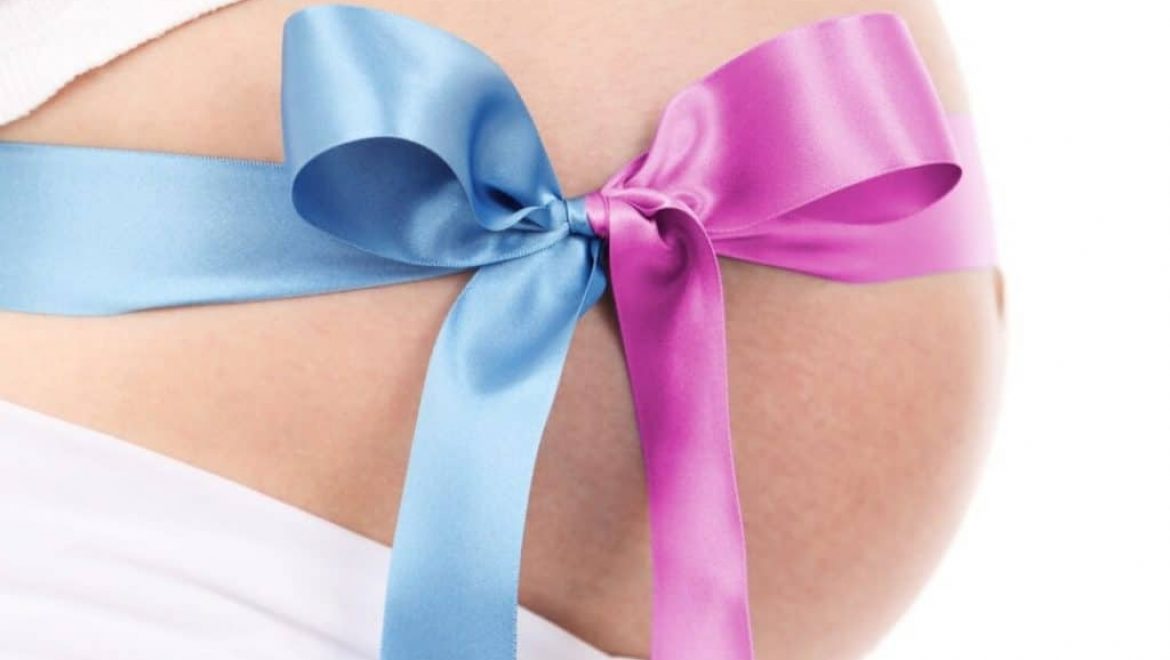 One of the most common questions we have when we discover we’re pregnant is “will my baby be a boy or a girl?“. The Chinese Gender Prediction Calendar may have the answer!

Scientifically there is no 100% solid way to know what gender you’re having until you have your ultrasound scan or blood test.

Despite that many of us look towards more mystical ways to try and identify the gender of our babies.

Of course we all want to know! Who wouldn’t?

If you’re feeling impatient the Chinese gender prediction calendar is a good method to try.

Let’s explore it in a little more detail.

What is the Chinese Gender Calendar?

The Chinese Gender Prediction Calendar is a way to predict the gender of your baby based on your date of birth and the date of the conception of your baby. (These don’t use a solar calendar so make sure you read the instructions below).

With these two pieces of information the gender of your baby is said to be revealed before your very eyes.

It is thought that the calendar dates back around 700 years and has links with the I Ching.

This is more commonly known as the ‘Book of Changs’ and you’ll probably know it for the Yin and Yang.

This book also covers the Five Elements, as well as the Eight Trigrams.

The I Ching was originally created for the Qing Dynasty’s Royal Family, who were trying to conceive sons, rather than daughters.

It sounds harsh, but this was in order to create an heir to continue the family name and throne.

The book was kept secret for many years and was locked away in the Qing Palace, protected by guards.

Of course such treasures rarely remain a secret. The book was eventually taken away upon the fall of the Dynasty, having been found buried in an ancient tomb in Beijing.

It was then brought to England where it was translated.

Once the contents of the book were verified, the I Ching was kept secure as it contained mystical secrets.

The I Ching eventually found its way back to China and the original gender prediction charge is actually on display in the Institute of Science in the capital Beijing.

So, whether you consider it to be mumbo jumbo or not you can’t deny the history and mysticism which surrounds the I Ching and the gender prediction chart.

How Does The Chinese Gender Prediction Calendar Work?

Now we know where the prediction calendar came from and we mentioned that you need your date of birth and date of conception. But how does the chart actually work?

Well this is where it gets a little complicated.

It’s not actually your date of birth that you need, not the one you immediately think of anyway – you need your lunar age and your lunar date of conception.

Before you decide this is all too complicated, many online calculators actually fix these dates for you, so it’s not as though you have to start doing your own math.

Here’s a Lunar calculator you can use right now.

Your lunar dates are based on the Gregorian-Lunar calendar, which is different from your solar dates.

The reason for this is because throughout history the Chinese have always used the moon for dating events. (Chinese New Year always begins on the first New Moon in Aquarius for instance.)

There is nothing more mystical about it than that.

Instructions for How to Use the Calendar

Here’s an example of how to use the calculations and the calendar.

1. Use the lunar calculator above to first determine the mother’s lunar age.

My lunar age when I was pregnant with my first child was 20.

2. Use the grid to find the month you conceived.

If you aren’t sure when you conceived use this pregnancy calculator to tell you.

I conceived my first child in January.

3. Find your lunar age on the left hand side of the calendar and the lunar month at the top. Follow the row/column until they meet. The baby picture will be pink for a girl or blue for a boy. That is the gender prediction for your baby.

Using my own pregnancy as an example. If we look at 20 and January the square shows a girl. And yes, I did have a girl!

It’s pretty simple to do.

How Does The Gender Prediction Calculator Identify The Gender of Your Unborn Child?

Basically the lunar calendar works differently because it adds an extra year onto your actual age.

This differs slightly if the birth is before or after the Chinese New Year which does make it slightly complicated.

However, this works for years which fall between 1901 and 2100 so we’re good for a few more years to come!

The mechanics behind how the calendar actually predicts whether you’re expecting a boy or a girl are largely unknown.

All we can tell you is that these dates are all you need to enter and from there you get an instant answer.

How Accurate is the Chinese Gender Calendar?

The truth is we have no concrete answer.

All we can say is that it is has been very accurate for many and its popularity wouldn’t be as great if it didn’t have a lot of success to back up its reputation.

Remember, the ancient Chinese Dynasties swore by its accuracy in order to conceive a boy and carry on the family name, and these people were not ones for messing around with nonsense!

Aside from how accurate it is (or not), you have to admit that trying the calendar is at least a bit of fun if nothing else. And if it turns out to be right you’ll probably have your mind blown!

Can You Use the Calendar to Choose Your Baby’s Gender?

Yes, that is exactly what the ancient Chinese Dynasties did.

You can try to plan conception in order to conceive a boy or a girl, depending on your preference.

Of course, a healthy baby is the most important thing, but if you have your heart set on a particular gender, the calendar could be a useful tool to help you fulfill your dream.

You would use the calendar to find a good phase for conception.

It’s best to look for time spans when the gender forecast is set on your choice for a few months or so.

If the gender forecast is a narrow window you have less chance of success.

For instance, if the forecast is a boy for just one month there is no guarantee that you will definitely conceive in that time frame.

These things can sometimes take a little longer!

If however the forecast is set to a boy for two or three months you have a higher chance of conceiving a boy.

Are There Any Dates Which Lean More Towards a Boy or a Girl? And, What About Twins and More?

Yes! If your lunar date of birth and your lunar month of conception are both even numbers or both odd numbers, you are more likely to have a girl.

On the other hand, if your dates are at odds with each other, e.g. one is odd and one is even, the chances of conceiving a boy are much higher.

You might also be a little worried about getting the dates exactly right as not everyone knows their exact conception date.

For instance, if you’ve been trying frequently you’re not going to know which occasion was the one which actually did the trick!

In this case, you can still use the calendar but you would simply use the date of your last period and then add on 14 days.

This might reduce the chances of your prediction being correct but it’s better than nothing.

In terms of pregnancies with multiple babies the calendar actually won’t be much use to you.

In this case, you’re going to have to go down the old fashioned route and wait for your scan, a blood test or for the birth, depending upon your preference.

Are There Any Other Gender Prediction Methods to Try?

There are countless; some are based on nothing but superstition and some have a little bit of history and science to back them up.

The Chinese Gender Prediction Calendar is one of the oldest and has the most reliable history to back it up.

Another is the Mayan Gender Predictor. This dates back to the Mayan Civilisation in South America, who also dealt with a lot of mysticism as part of their daily lives.

In the Mayan Gender Predictor, you don’t use lunar years, you use standard years, i.e. your age and your year of conception, rather than specific months.

The Chinese Gender Predictor and the Mayan Predictor are the two oldest methods, and there are some more modern options you could try too.

For instance, the Shettles Method is a much more recent idea, but it requires a lot more information and variables in order for you to get your ‘accurate’ answer.

This information includes the timing of intercourse, the position, and the depth.

Not everyone knows this information which is probably why not that many people use or rely upon the Shettles Method!

You’ve probably also heard of the holding a ring on a chain and circling it above your palm or your bump to find out the gender of your baby. If it swings one way it’s a boy, if it swings another it’s a girl.

You could also go as far as how you carry your bump, the type of cravings you have, etc.

Can You Realistically Predict The Gender of Your Unborn Baby?

There are many old wives tales out there, and they have to be right 50% of the time!

It’s either a boy or a girl, so any method which has a good accuracy rate could be marketed for pregnant women to pin their hopes on.

Should you believe the Chinese gender predictor?

It all comes down to whether you believe in mysticism.

If you’re someone who regularly reads their horoscope and believes it then you will probably find a lot of use in trying the gender predictor for yourself.

It certainly has a lot of success stories, and with many people giving it an accuracy rate of anything up to around 93%, you’ve got to say that there is an argument to believe it!

At the end of the day, if you’re going to shun mysticism and old wives tales the only reliable things you can use to predict the gender of your child are a your scan or blood test.

But even then, there have been many occasions wherea woman has been told she is having a boy only to have a rather girl-shaped surprise upon delivery.

Most women will tell you that at the end of nine long months of pregnancy, all that matters is a healthy bundle of joy, whether it is a boy or a girl.

If you dream of having one and not the other you could certainly give the Chinese gender predictor a good try, and even if it’s just for fun see how it turns out.

You could even give it a go on friends and family and tell them whether they’re meant to be male or female! 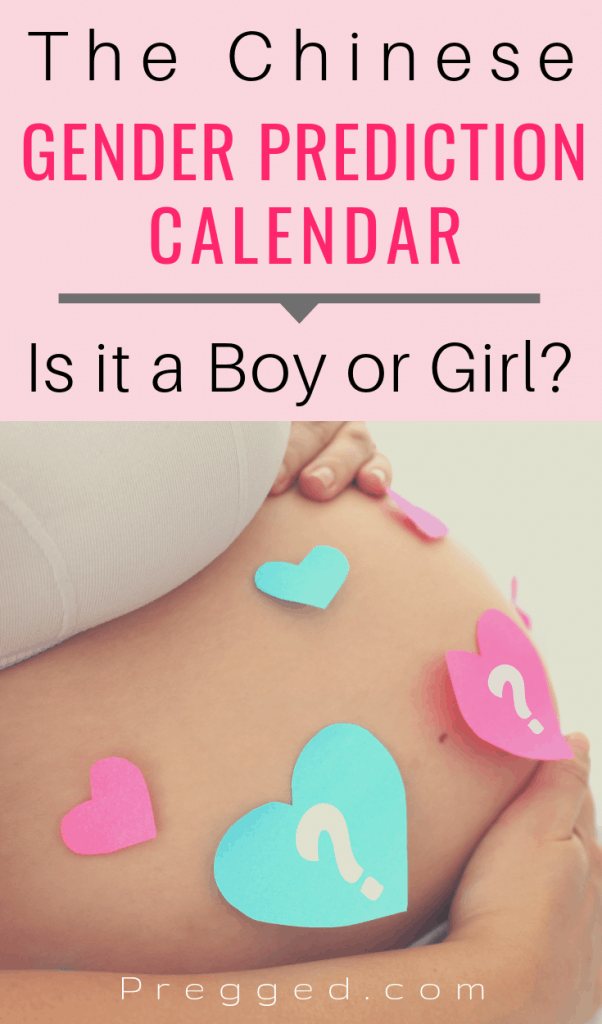