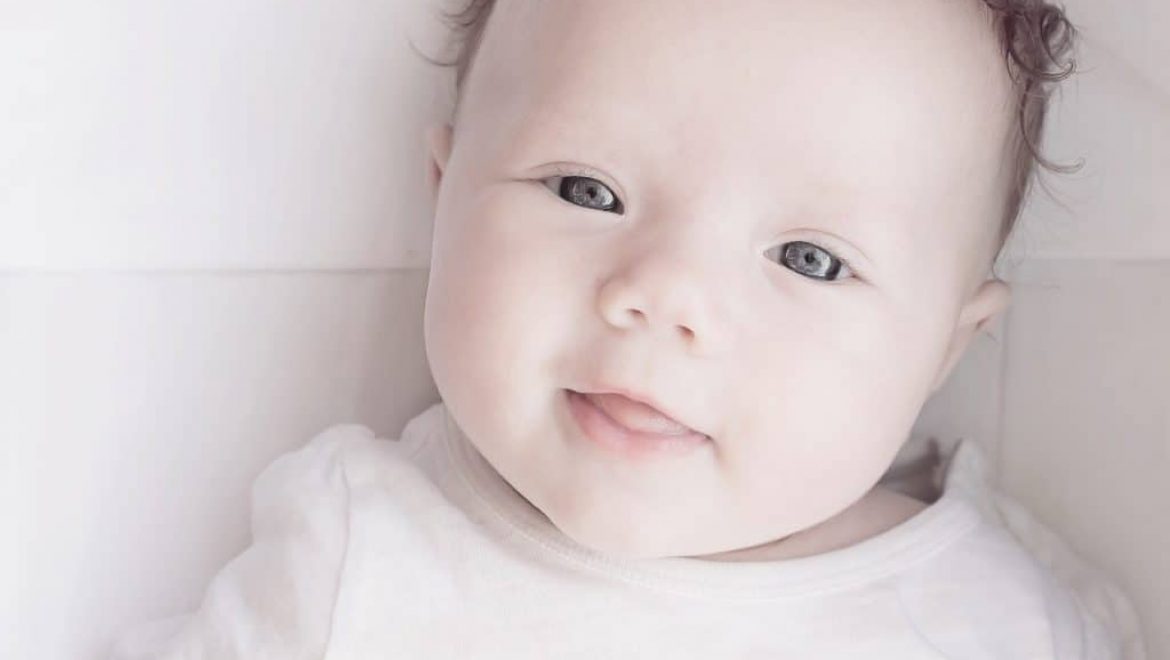 If you’re keen to name your new baby boy a good, old, solid English name, you’re in luck when it comes to inspiration.

There’s something calming and reassuring about a traditional English boy’s name.

These names give a sense of confidence and certainty; they sound self-assured without being arrogant.

Everyone wants to be friends with Albert and Nicholas, don’t they?!

With so many weird and wonderful modern names to choose from (not that’s we’re bashing them, we love those unique names too!) it can be difficult to know where to start.

But if you’re searching for the perfect title for your little boy, you might just find the answer in this list of much-loved names.

Lose yourself in the romance of an old fashioned English name. Picture your boy playing outside just like kids have done for centuries.

If you love quirky modern names, that’s great. But if not?

Don’t feel pressured into choosing something that doesn’t feel right to you, and remember that new does not always mean better.

And imagine your son in the future, as a real grown up man.

What kind of name will he want?

Laura Wattenburg, author of The Baby Name Wizard, writes that what you name your child is a reflection of your personality.

But as he grows, his name becomes more of a reflection on him.

Choose a name that inspires confidence and respect and you might just be setting your son up for success.

Before he’s even been born.

Here are 100 choices for you to ponder

Adam – Means ‘son of the red earth’, so a good cowboy name!

Abbott – Another name with religion connotations, Abbott was the name used for thread of any religious community

Albert – Can be shortened to ‘Albie’, but means ‘bright and noble’

Alfred – Meaning ‘a wise one’

Arnold – Calling your baby ‘Arnold’ stands them in good stead, as it means ‘good ruler’

Alexander – Relates to someone who defends well, e.g. defender of men

Benedict – A great name, as it means someone who is blessed

Bernard – A strong name, which means ‘brave as a bear’

Byron – Associated with the famous Lord, but also relates to farmers of cattle

Benjamin – Another biblical name, which can be shortened to ‘Ben’ or ‘Benji’

Christopher – Can be shortened to ‘Chris’, but also someone who is a ‘Christ bearer’

Clive – A solid farming name, and relates to those who lives near to hills

Daniel – A biblical name which means ‘God is my judge’

David – Very popular name, which means ‘one who is beloved’, and another biblical name

Dale – Meaning ‘lives in a valley’

Dalton – Links closely to ‘Dale’, and means ‘belongs to a valley town’

Damon – Meaning ‘one who is able to tame’

Earl – Relates to nobility and royalty

Edgar – The name of the famous author, but means ‘rich and fortunate’

Edwin – Can be shortened to ‘Eddie’ and means ‘friend’

Ellery – Links to nature and the Alder tree

Emile – A derivative of ‘Emil’ and means ‘eager’

Erasmus – meaning ‘one who loves’

Frederick – With the meaning ‘peaceful ruler’, and can be shortened to ‘Fred’ or ‘Freddie’

Fletcher – A name with hard-working links, meaning ‘to make arrows’

George – With the meaning ‘farmer’, it is also associated with the King George also

Gerard – Slightly French as well as English, this means someone who is strong

Gerald – Means ‘ruler with a spear’

Gilbert – Means ‘he who is bright’

Gregory – Also a surname but means ‘he who is watchful’ 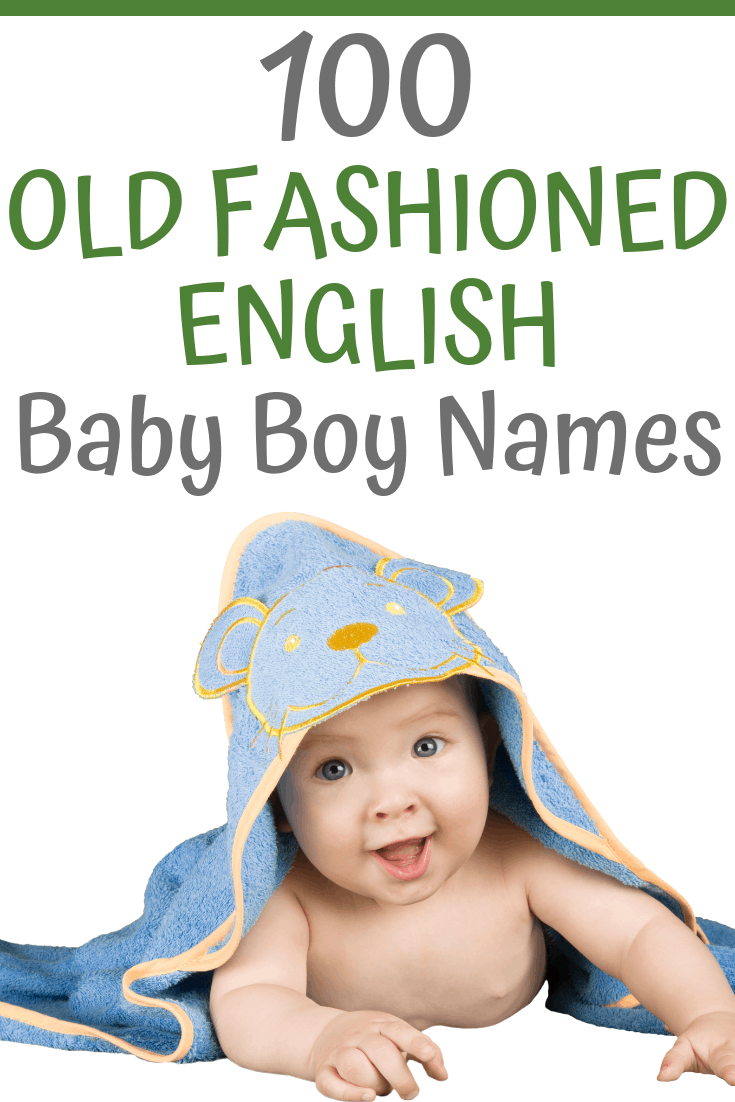 Harry – A hugely popular name these days, and means ‘ruler of an estate’

Henry – Also means ‘ruler of an estate’ , but quite closely associated with the Royal Family

Harold – Has links to Scandinavia as well as England, and means ‘army ruler’

Harper – Another name which can be used for a boy or girl, and means ‘plays a harp’

Hugh – Meaning the soul or the mind and also means ‘intellect’

Jonathan – Another biblical name which means ‘gift of Jehovah’

Karl – Can be spelled ‘Carl’ and means ‘free man’

Leo – Associated with bravery and a lion

Luke – A very biblical name, and used to refer to men from Lucania

Mark – Biblical once more, but also means ‘brave’ or ‘warlike’

Matthew – Means ‘gift from God’ and features in the Bible

Magnus – Meaning ‘one who is great’

Nelson – Comes from the original name of Neil and means ‘champion’

Nathan – Another biblical name but also means ‘one who is given’

Neville – Referring to a new place of abode, or ‘new settlement’

Nathaniel – Means ‘gift from God’ and is another biblical name

Nicholas – Means ‘victorious’ and can be shortened to ‘Nick’ or ‘Nicky’

Oscar – Meaning ‘spear of the Gods’

Owen – Meaning ‘he who is of noble birth’

Paul – A very important biblical name, after the Saint. Also means ‘one who is small’

Patrick – Quite synonymous with Ireland, but still a British name to consider. Means ‘noble man’

Peter – Yet another biblical option and one which means ‘solid’

Philip – A royal name, but also means ‘love of horses’

Raymond – Can be shortened to ‘Ray’ and means ‘wise protector’

Robert – A very popular name but one with history too. Means ‘bright fame or future’ and can be shortened to ‘Rob’ or ‘Robbie’

Richard – Means ‘dominant ruler’ and can be shortened to ‘Rich’, or ‘Ritchie’

Russell – Meaning ‘little red one’ and also has links with France

Simon – Another name used in the Bible, and means ‘good listener’

Stuart – A very popular name, can be shortened to ‘Stu’ and means ‘works as a steward’

Stanley – Can be shortened to ‘Stan’, meaning ‘stoney meadow’

Theodore – Can actually be used for a girl also, but means ‘gift from God’. Usually shortened to ‘Theo’ or ‘Teddy’, and given the ‘a’ on the end for a girl, e.g. Theodora

Thomas – Famous as the name of a Saint, and means ‘one who is a twin’

Warner – Refers to someone who is an army guard

Walter – Meaning ‘ruler of an army’

Zachary – Often shortened to ‘Zack’, this is another biblical name

There it is. 100 brilliant no-nonsense names for boys.

But you know what?

In fact, vintage and retro names are very much in fashion, with young parents choosing names that go against the trend for making up unusual names in recent years.

These names have been around for years, and many of them have Latin or Greek roots.

But just because these names are old doesn’t mean the world is awash with boys called Warner and Ivor.

Choosing one of the less popular names on this list will mean your boy has a solid traditional name that is also pretty unique.

Name your child Magnus, and the chances are he’ll be the only one in his class with that name!

Countless parents have chosen what they think is the perfect name before their new baby is born.

And then the child comes along and, just like that, they look into his eyes and realize they were wrong.

They’d known the perfect name all along!

And it wasn’t Milo or Brad.

It was William, or Raymond; something that suited their boy down to the ground.

Use this list for inspiration and enjoy the journey of choosing a name. It’s a job you’ll never forget.