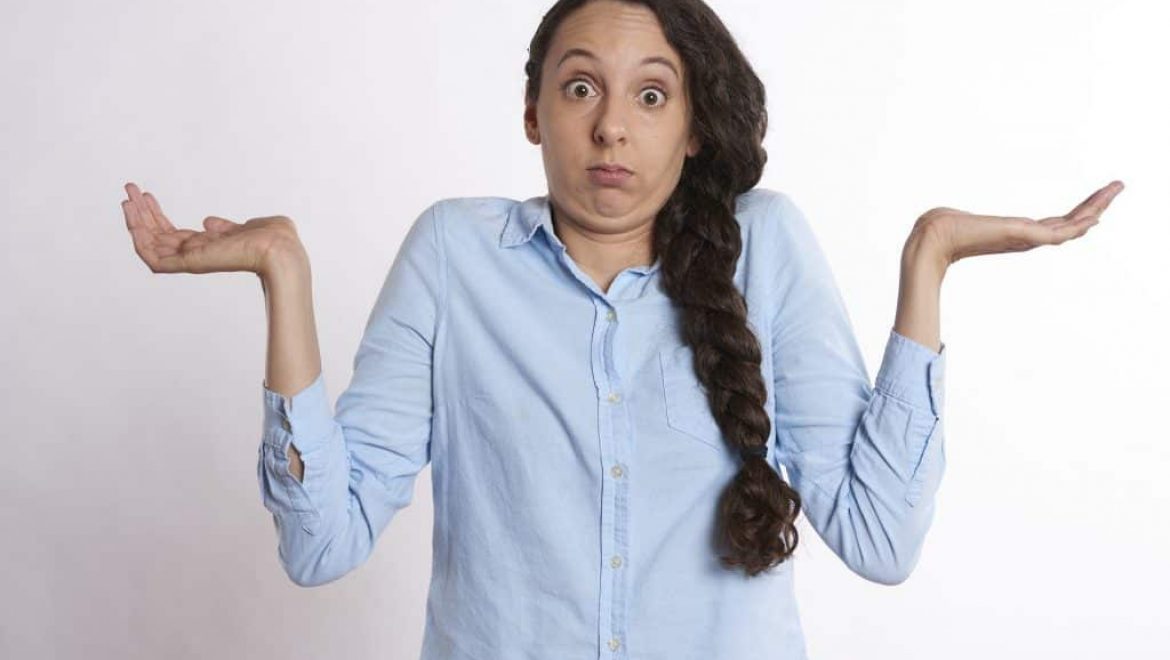 We know that it is possible to get pregnant on birth control, because we all know people who have.

But how does it happen?

Surely the whole point of birth control is that you don’t get pregnant! We’ll go through all the ways that birth control can go wrong, so that you can avoid making mistakes that could result in an unplanned pregnancy.

Be assured though, that if you use your birth control correctly, the chances of becoming pregnant are minimal.

No doubt you already know that there are a number of different kinds of birth control to choose from.

Thanks to modern science, they’re becoming increasingly effective at stopping you from getting pregnant.

But with so many options, it can be hard to know which method is most reliable — should you take the pill or get a IUD? A patch in your arm or injections in your butt? Can you just keep using condoms forever?

“Choosing a method that suits you, your lifestyle, your biology and your family set up will lower the chances that you’ll get pregnant.”

If you’re not sure what type of birth control to use, the best thing to do is make an appointment with your doctor’s surgery to talk it through.

A medical professional will go through the pros and cons with you and help you decide on the right method for you.

But let’s get back to the important question – How is it possible to get pregnant when you’re using contraception?

Let’s look at some of the common forms of birth control, how effective they are and how they can fail. We’ll start with the most effective and end with the least effective. All of this information is drawn from US statistics.

Intrauterine devices are the most effective form of birth control and are inserted by a medical professional via your vagina through your cervix and into your uterus (womb).

They include copper devices such as ParaGard and hormonal devices Mirena, Kyleena, Liletta, and Skyla .

Once inserted, an IUD can last for 3 to 12 years depending on the type. When you want to take it out, this will, again, be done by a medical professional.

Less than 1 in 100 women using an IUD will get pregnant each year; about 0.8%. That’s very effective.

One of the main reasons for the IUD being so good at preventing pregnancy is that once it’s in, you don’t have to remember to do anything to make it work.

How The IUD Goes Wrong – the most common reason for IUD failure is because the device has moved, otherwise called a dislocation of the device. There’s nothing you can do to prevent this or make it less likely, it’s just an unfortunate possibility.

Birth control injections are sometimes called the Depo shot or DMPA. You get a shot every 12-13 weeks (every 3 months) — a doctor or nurse does this for you.

3 in 100 women using birth control shots will typically get pregnant each year. That’s 3% — which is still very good in comparison to other types of contraception.

Again, the reason for this is because you don’t have to remember to take your birth control every day; you just have to go to an appointment every 12 weeks.

How Depo Provera Fails – There is actually very little medical evidence to show that Depo fails when used “perfectly”. That means getting the shots every 12 weeks without any interruptions.

The only exception seems to be the time in between the first shot and before the second. Pregnancies did occur in that time in some instances according to the study.

So the message here is to make sure you don’t put off having your shot.

Have it done on time and if there are delays make sure you use another form of contraception in the meantime ie: condoms.

The birth control pill is popular because it’s easy to take and can be done on your own, at home. But statistically, it’s not as reliable as IUD’s and birth control shots.

9 in 100 women using birth control pills will get pregnant each year — so that’s 9%.

Why? The main reason that it’s less effective is because you have to remember to take your pill every day, at the same time of day. Otherwise, it doesn’t work.

How The Pill Fails – There are a number of things that can stop the pill working properly. The main ones are:

To ensure the pill works effectively avoid the factors given above and make sure you always have a stash of condoms available in case you need to double up your protection.

The birth control patch, sometimes known as the Transdermal Patch, is a sticky patch which you fix to your arm, belly, butt cheeks or back, so that it can release hormones into your body.

Just like the pill, 9 in 100 women using the birth control patch will get pregnant each year.

For the patch to work, you have to remember to change it once a week — and take a whole week off every three weeks, too.

This means that, like the birth control pill, it can only work if you stay organized and remember when you need to change it.

How the Patch Fails – There are two main issues with the patch that you need to be aware of. The first is that it can fall off and you might not notice.

If a patch is off for longer than 24 hrs you’ll need to use another form of protection for 7 days following.

The second issue is remembering to change it on the right day and putting one back on after the “week off”. You’ll need to be organized so as not to forget.

Maybe a reminder on your phone will do the job.

A diaphragm is a small cup that you place inside your vagina before sex. It acts as a shield to stop sperm from reaching your cervix. You also need to use a spermicidal jelly with the diaphragm which will kill sperm.

This makes it significantly less effective than the other birth control methods we’ve looked at so far, according to statistics.

That’s not because diaphragms don’t work, but because you have to remember to use it — and know how to insert it correctly — every single time you have sex.

How the diaphragm fails – We all know that in the heat of the moment our memory and judgment isn’t at its best.

That makes the chances of forgetting (or not caring) to put the diaphragm in a big risk. Another issue to bear in mind is that you need to keep the diaphragm in for at least 6 hours after sex.

Then there’s the potential for rips or tears. Make sure you check now and again by filling the cup with water.

Most people use condoms at some point, either on their own or alongside another form of birth control. Usually made from latex, they fit over a man’s penis so that sperm stays inside the condom and not in your vagina.

It’s a very good idea to use condoms at the same time as any of the birth control methods mentioned above, especially if you’re having sex with someone you’re not in an exclusive relationship with.

That’s because as well as preventing pregnancy, condoms can stop you from catching a sexually transmitted infection or disease.

At the upper end, 18 in 100 women whose male sexual partners use a condom will get pregnant each year. So condoms are the least effective birth control method we’ve considered.

How a Male Condom Fails – For a condom to work properly it has to be put on right, either by you or by your sexual partner. And you have to use them every time you have sex, for the whole time.

When it’s used “perfectly” the failure rate drops to 2% but you need to avoid all the potential errors.

The vast majority of research shows that most women who get pregnant while they’re using birth control do so because they or their partner did not use their birth control correctly.

If you forget to take your pill, change your patch, or put a condom on in time, you’re at risk of falling pregnant.

Some women do fall pregnant even though they’ve done everything right.

But that is RARE.

You can use alarms on your phone to help remember to take a pill on time, or to remind you to make an appointment for your Depo shot.

But if you find it difficult to keep on top of your birth control, the best thing to do is choose an option that you won’t have to think about too often — like an IUD. 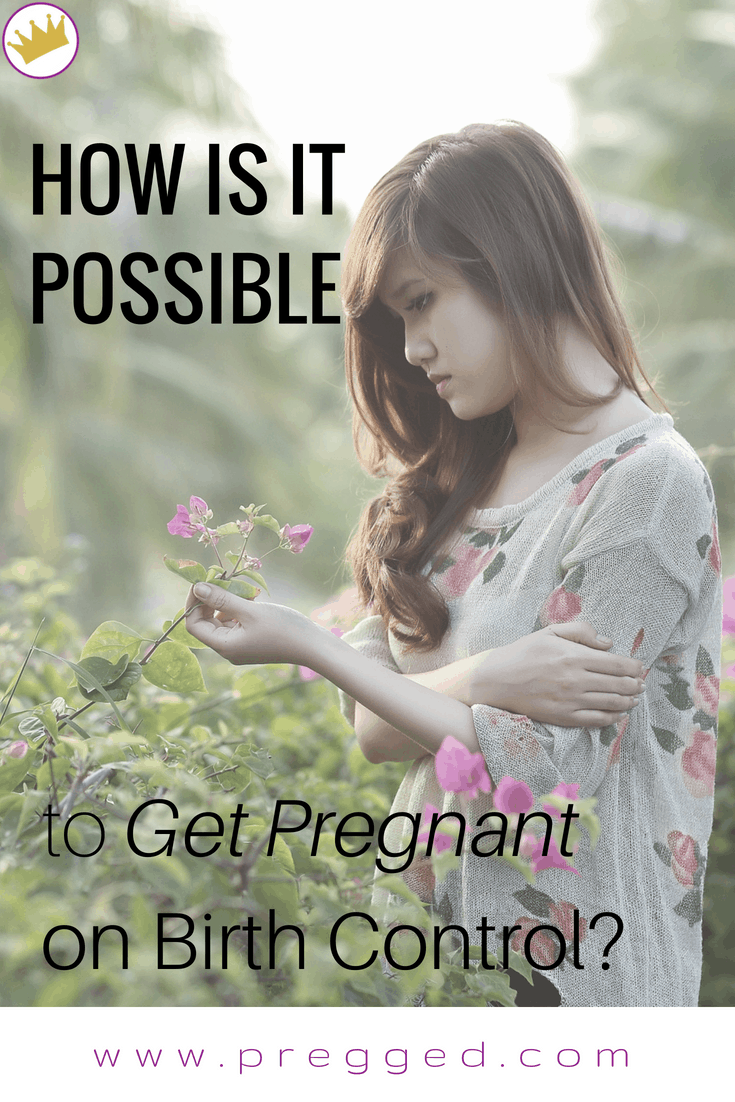