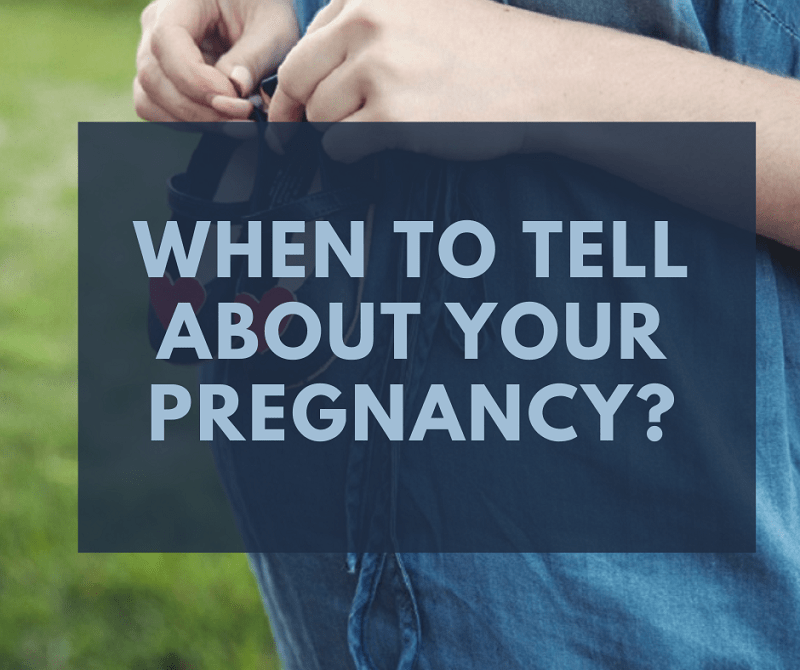 So I hope it is an exciting time for you and your partner. You have a positive result from your pregnancy test. You may even have had your first prenatal visit. Some women feel so happy and want to share the news with the world. There are lots of questions. When do you tell your immediate family?

Of course, it really depends on what you are comfortable with. Family is not always your blood relatives. Best friends, besides your partner, can be as close as family, sometimes even closer. You can’t always pick your family, but you can pick your friends.

Keep in mind that from the outside, unless you are nauseous with morning sickness, that does not occur only in the morning, most people can not tell what is happening to you inside your body just by looking at you.

The catch-22 is that not all pregnancies lead to a baby. Miscarriage – the term used for the loss of a pregnancy during the first 23 weeks of gestation – where something goes wrong, usually occurs in the first trimester (up to 14 weeks). This fear often affects the joy of the pregnancy and keeps it guarded. For this reason, some women choose to hold off sharing the news of their pregnancy.

Miscarriages are often due to a flaw in the ovum or sperm or the joining of the two. Sometimes a conceived embryo does not attach itself in the uterus but in the fallopian tubes causing what is termed an ectopic pregnancy. (I will describe these later in the article).

Most couples choose to be very selective in whom they tell about their pregnancy because of this. On the one hand, you want to share your news and on the other, if things do not work out, you have to share your loss as well. Sharing the loss is a good thing and should not be avoided or downplayed.

Some of us have a relationship where we tell a parent everything, and some of us do not. What about our in-laws? How strongly does your partner want to share your condition with his parents?

Women who have had difficulty in conceiving or previous miscarriages or a stillborn baby may want to wait even longer before sharing their news. The halfway point is 20 weeks. By then you should have been hearing a heartbeat, feeling fetal movement, and possibly knowing the sex of the baby. 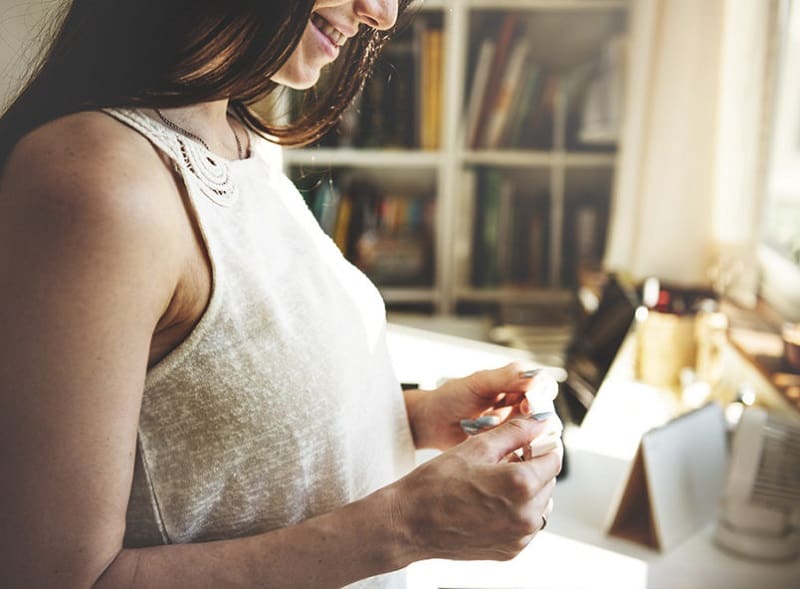 One first time mother shared her story:
“We were so happy with the news that I was pregnant. I kept on thinking I am going to be a mom, we are going to be parents. It was my first pregnancy. My husband, Guy, and I wanted to share our good news with friends and family. We got pregnant on our honeymoon and so proud of ourselves. We spread the news and shared pictures of our positive pregnancy test with loved ones. We went to our first prenatal check-up and shared those pictures as well.

I was nauseous and felt okay that is a good sign even though I hated throwing up. A few weeks later I felt some cramping and even saw a spot of blood. I was afraid to look after I wiped myself and at six weeks went back to my medical practitioner and asked for another blood test.

My HCG hormone levels were not going up and I knew that was not good. I miscarried in my 11th week of pregnancy with cramps and bleeding. Even though I knew I had, like most women, a 1 in 10 chance of miscarrying, I never thought it could happen to us. I don’t even think it ever really crossed our minds. Who did I know that had ever miscarried? I vaguely remember in the back of my memories, that my grandmother did but that was so long ago.

I felt helpless and guilty. Why can’t my body do what other women’s bodies do? And I am not a whinny poor me kind of gal. Who could I talk to? I felt like an oddity and a failure among women. My friends really did not know what to say and my husband just held me on the couch while we cried together. This was experiential waters we had never crossed before.

My best advice came from other women who had gone through the process. I felt a deep sense of connection with them united in our mutual experiences.

I encouraged my partner to talk to other men who had wives who had miscarried and shared some articles. Once I started talking about our miscarriage there were others who shared thier experiences. It is not an open topic until it happens to you. I told my partner’s best friend so that he could maybe talk to him. You can only go through your own grief and everyone goes through it their own way.

I told our parents. It was hard, to say the least. I tried to emphasize that they were grieving too, the loss of their “potential first grandchild”. Sharing made it better.

I was anxious every time I retold the fact that I was no longer pregnant. Some people kind of walk around me/us. Some of my friends were great, some people were idiots and said well-meaning but stupid things like “You are young, you will have more kids, put this behind you.”

My partner and our relationship grew, as well as my mothering journey through our shared happy and sad experiences.

It took us a while to get pregnant again and this time we kept our joy to ourselves and waited until the first trimester was over. My closest friends knew more because I get nauseous and threw up when I am pregnant, so I could not exactly hide it and they knew if I, the coffeeholic that I am, stopped drinking coffee. I was either sick or pregnant. But isn’t it great that my friends know me so well? 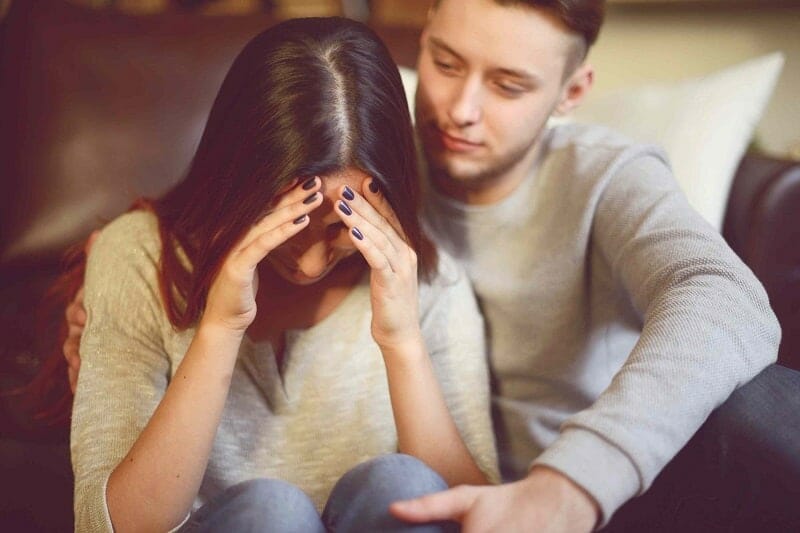 SOME THINGS NOT TO SAY TO SOMEONE WHO HAS MISCARRIED

What To Say
Sometimes admitting that you don’t know what to say is better. Having lost our 15-year-old son recently, and having miscarried, I can attest to one of the most comforting comments made was “I wish I had some special words to say to help you. I am sorry I don’t.”

Many people say that having their loss acknowledged is helpful. Words like “I am sorry you lost your baby” or “It must be very difficult for you” can help.

Miscarriage rises with the age of the mother.

Some factors that can raise the chance of an early miscarriage are:

After 12 weeks the risk of miscarriage is 5% and remains so for the rest of the pregnancy.

Later miscarriages are more due to problems with the structure of the womb or cervix. More than half the women who threaten miscarriage go on to having a healthy baby. Signs of a threatening miscarriage are vaginal spotting, (although some women have bleeding during early pregnancy) and cramps.

Your medical practitioner should be consulted if the woman is bleeding and experiencing abdominal cramps. Bedrest may be advised especially with heavy bleeding. If you do miscarry, it is advisable to wait between 3 to 6 months before trying to conceive again. Though sexual relations can be resumed after 6 weeks provided that you are not bleeding, but you may wish to check with your medical practitioner.

What is an Ectopic Pregnancy? 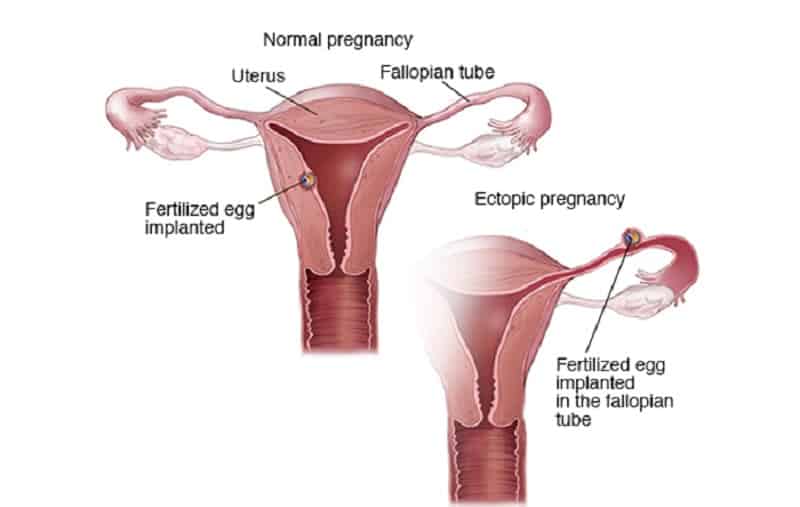 Most of the time the fertilized egg and sperm that forms the embryo implants into the uterine wall. When this does not happen and the pregnancy implants outside of the uterus, most commonly in the fallopian tubes, it is called an ectopic pregnancy.

Early diagnosis and treatment are effective. If left untreated the fetus can grow and potentially rupture the fallopian tube causing damage to the tubes and destroying the ability for that tube to carry a future fertilized egg to proper implantation in the uterus. A rupture of the tube without medical intervention can be life-threatening to the mother.

Signs of ectopic pregnancy are cramps on one side with the pain spreading throughout the abdomen. It is often associated with brown vaginal bleeding that is spotty that can be intermittent or light. Often there is also shoulder pain involved. If the tube ruptures there will be heavier bleeding.

If the fetus is not found in the uterus it may be ectopic. Abnormal HCG human chorionic gonadotropic, as in a miscarriage, could be a foretelling sign that something is not right.
Early detection is important for the health of the mother and for her future ability to carry a normal pregnancy. It is important to seek medical care if you suspect something

Again most pregnancies successfully go to full term. Whenever you tell your family and friends it should be yours and your partner’s decision. This will be just one of the many choices you will be making on your motherhood/parenthood adventure. Don’t sweat the small stuff and choose your battles wisely.

To plagiarize the famous quote from the 1785 poem by the Scottish poet Robert Burns, “The best-laid plans of mice and pregnant women”, something will not go as planned. Sometimes you need to roll with the punches because pregnancy and motherhood challenge your ideas of what should or needs to be. Most worrying does not help and hinders your ability to savor the good times along the journey.