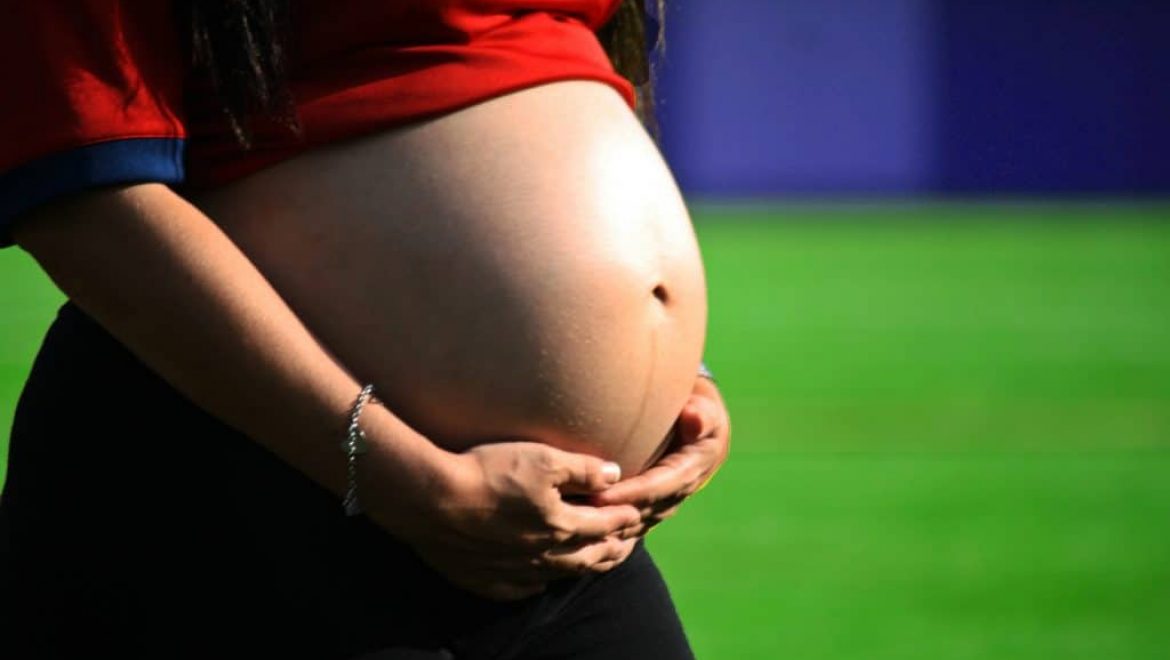 Pregnancy is complicated especially considering it is a different experience for every woman so it can be hard to know what to expect. Of course some symptoms and signs are expected and other’s not so much. Periods and blood definitely fall into the second category.

But if there’s one thing that freaks every woman out during pregnancy, it’s the sight of blood when there should be none.

Bleeding during pregnancy can have multiple causes. It can range from light spotting to actual bleeding that may feel similar to a period. It can be brown, pink, dark red or bright red in color.

But here is the bottom line:

You cannot have a period and be pregnant at the same time.

Menstruation is when your body sheds tissue and blood that has been accumulated in order to support a fertilized egg.

When the egg is not fertilized no conception has occurred and then we experience the consequence of not being pregnant – a period.

If you’re having regular periods but are still worried that you could be pregnant, then be rest assured that if your periods are normal flow then you simply cannot be pregnant.

You can always do a pregnancy test to check to be on the safe side though.

We hear stories of women who didn’t know they were pregnant until they gave birth and who swear they had periods throughout.

The most likely reason for this is that bleeding in pregnancy, especially early pregnancy is common. Up to 20% of women will experience it and many of those will go on to having a healthy pregnancy.

Many women will experience some bleeding during pregnancy and some may confuse that with a period, but it definitely isn’t a period.

Despite how common bleeding is you should never ignore it. Always seek medical attention straight away if you see any blood, even if it’s just spotting.

Implantation bleeding. Many women experience this as the fertilized egg embeds into the uterus and it’s completely normal and harmless.

It usually resembles spotting and lasts from a few hours to a day or two.

Implantation bleeding usually occurs in the week after conception but it is hard to tell exactly when you have conceived so there is no sure way of pinning it down.

You can read more about how to spot implantation bleeding here.

How to tell implantation bleeding from a menstrual period?

Implantation bleeding is actually an early sign of pregnancy which is easy to mistake for a period since it normally happens a little before your menstrual period is due.

There are other symptoms that can indicate implantation bleeding but those symptoms are similar to PMS and ovulation.

So here is how to tell the difference between implantation bleeding and a period:

The bleeding should be pinkish or brownish and there should be not any clots or bright red blood. It is different than a full flowing period because it’s much lighter and doesn’t last as long.

So, if you observe a light bleeding or spotting which is brownish/ pinkish a little before you are due and lasts less than 3 days, then heads up. It could be implantation bleeding and some big news may be around the corner.

**If you experience severe pain, especially abdominal cramping during pregnancy coupled with bleeding of any sort, seek medical attention right away. Even if it is merely spotting.